What Graphic Designers REALLY Do (and it’s not art)

What Graphic Designers REALLY Do
(and it’s not art)

Clients new to buying graphic design are often confused about what they should expect from the work they’re buying. Sometimes all they have is a vague notion that they’re going to get little pictures about what they sell, and that these pictures should be attractive so people will look at them. They tend to associate this process with art, and may think that design and art are the same thing.

This is understandable since both art and design are visual. But their functions are completely different.

When asked some years ago what the difference was, Milton Glaser (an icon of contemporary design) said something like this: the function of art is to intensify one’s perception of reality and create new languages of meaning. But the function of design is to communicate, and for that we must use known symbols.

Coming from a fine art academic background, I had been trying to figure out how art and design are related. I now had my answer. It has helped me understand the difference between artistic goals and design goals, and that I will be both a better artist and a better designer by staying clear about which is which and not confusing them.

This understanding has also kept me from becoming one of those dreaded stereotypes of the commercial art world: prima donna designers who disregard their clients’ ideas, insist they know best, and work in the vacuum of their own ego. To them I say: Listening to your client is not a sell-out. It’s the only way you can create effective work. Work that is not effective is a failure, no matter how cool it is. 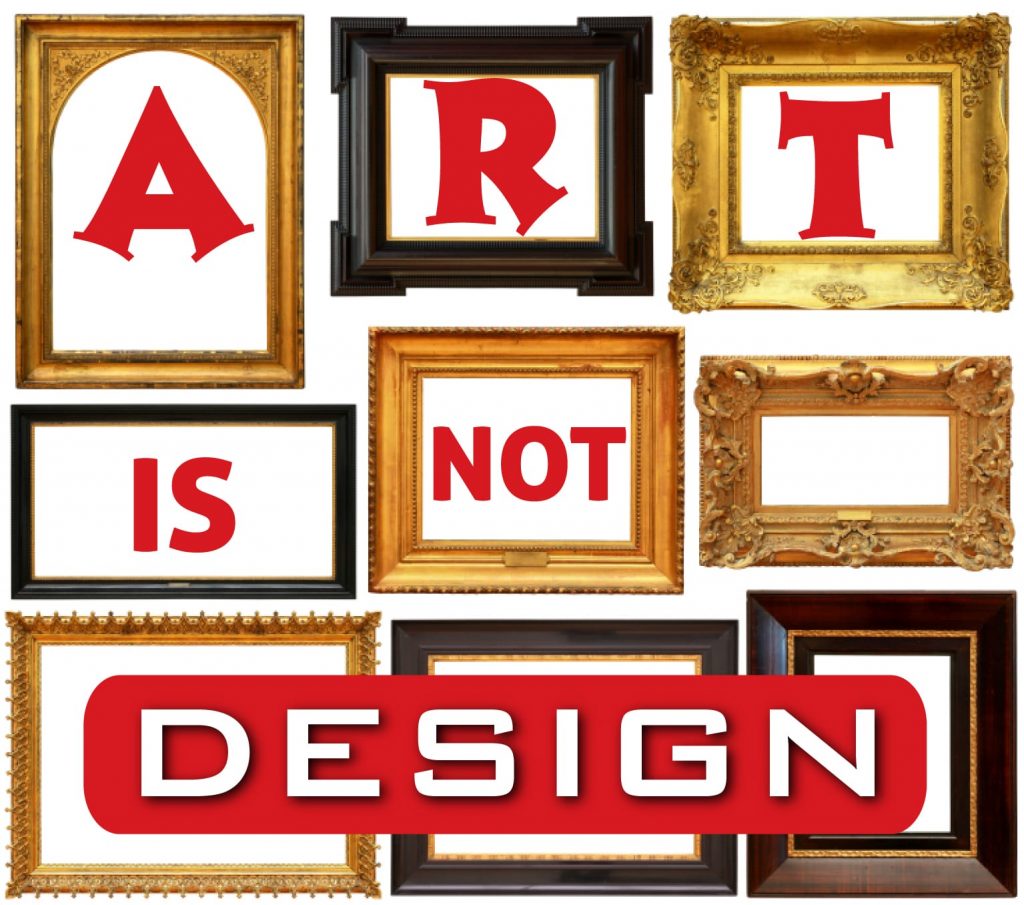 Here’s my take: it is the job of graphic design to combine words and pictures to create an image that will inspire a particular behavior. Specifically, I am supposed to create communications that will motivate people to behave in ways that benefits my clients. Usually that means “Buy my stuff.” It can also mean “Donate to my social cause” or “Vote for me.” What designers REALLY do is nothing more nor less than behavior modification. (Designers are all closet Skinnerian psychologists.)

I have found that this viewpoint helps clients understand what they are really buying, and gives them a benchmark for evaluating its usefulness. This in turn helps me do better work because they are able to give me better direction.

So the difference is: Design puts aesthetic expression at the service of the client, not the creator.

Over the years, I have created many logos for my clients. This is always a favorite assignment, and an area in which I’ve spent many years developing expertise. In designing these essential marketing tools, I have often noticed client confusion about the difference between a brand and a logo. Here’s an explanation.

A brand is the sum of all the assumptions about and impressions made by a business or organization.

It is always from your market’s viewpoint and is how you are positioned in your audience’s mind, based on all and any encounters it has had with your organization. These touch points can include: 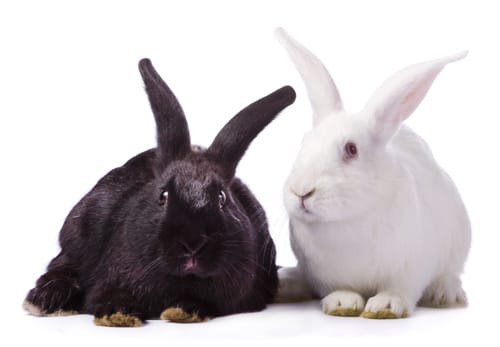 A logo is the tip of the iceberg of branding, says McNamara. It’s the small percent that shows above the waterline. Logos are part of an overall branding program and often the most visible component, but a brand and branding encompass all the components listed above.

As part of that list, the function of a logo is to represent your brand in a visual way – it’s a symbol. As such it has to be an accurate reflection of the values and value of your brand, but it is not the brand itself, just as a map is not the actual terrain it depicts.

In order to create a successful logo, it is important to have a workable brand definition in hand at the onset of the project. In the last several years, branding has become a signature service offered by many design firms. Since the function of design is to inspire desired decisions and behavior in the designated audience, designers are well positioned to assist clients in brand development. It is a strategic process with specific outcomes. It must always express the value of the brand it represents.

The 4 Essential Elements of a Successful Design Process

Managing a creative project can be tricky because evaluating ideas is often influenced by unconscious assumptions. To avoid derailment and arrive at a successful outcome, it is essential that everyone’s expectations be fully defined. 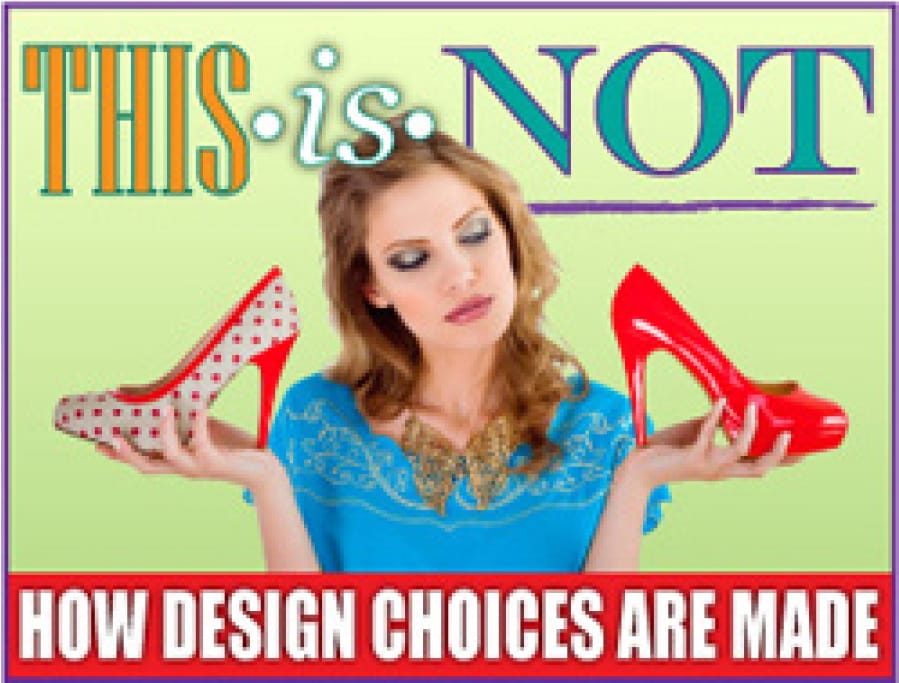 To ensure clear expectations, the designer should specify the work’ scope in the project proposal, and for all but the smallest projects, supply a defined creative brief. These documents become the project’s benchmarks for staying on message and avoiding irrelevant tangents, and must be approved before any work begins on concepts. This will go a long way to make sure the process is predictable, even though the end design isn’t. Once hired and with the above documents in hand, the designer’s job as a professional is to make sure that the project proceeds properly.

2. Design is a Service

Some clients may assume that looking at drafts is like buying shoes: they get to try new ones on ad infinitum until “they are happy.” It is important to be clear about the difference between buying a product and buying a service. It is also part of a designer’s job is to avoid wasting time by trying ideas that are not going to work, without putting off clients. When these issues are addressed openly in a professional way, a competent designer will be better able to guide the client to productive decisions.

A project’s scope of work should include a defined number of design drafts and approval rounds. If the client asks for a round of drafts beyond that number, it is up to the designer to say, “I would be happy to work up these concepts. However, they will constitute a scope change. Would you like me to give you a quote for the additional work?”

3. Reviewing the Drafts Together

When a designer shows drafts to a client, it is imperative that they look at the work together, whether in person or during a phone meeting. The designer needs to explain the thinking behind the drafts and handle any assumptions or questions that arise as the client reviews the work. If the meeting is by phone, the designer can email the drafts a few minutes before the meeting time. Then the designer can explain specifically how the work supports the goals stated in the creative brief. The client and the designer will both have the chance to ask questions, make suggestions and share feedback in real time.

4. Clarity is the Top Priority

Wrong turns or misunderstandings in a design process are caused by assumptions that can fill the voids left by a lack of clarity. For designers, clarity should be their number one priority, and it begins with them. Nature abhors a vacuum, and never more so that when it is caused by poor communication. But when communication between designers and clients is clear, project outcomes are successful and everyone wins.

There are many kinds of design projects and they will all benefit from a well-thought-out development process. If you’d like to know more about the process for your particular project, contact me and let’s talk about it! 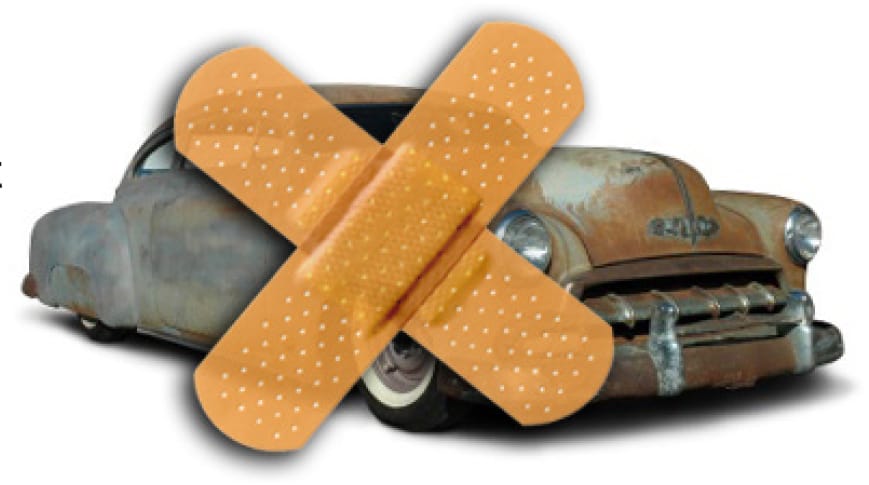